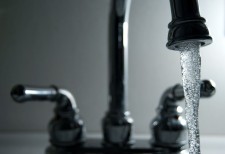 Clean drinking water is a finite natural resource and a precious commodity. In recent years, however, public drinking water supplies have become contaminated with a variety of harmful pollutants, including PFOA, and GenX. It has become commonplace to hear of contamination of public water supplies as a result of industrial activities and the run-off and discharge of toxic chemicals from industrial sites.

Perfluorooctanoic acid (PFOA, also known as C8 or perfluorooctanoate) is a man-made, manufactured chemical not found in nature that belongs to a group of fluorine-containing chemicals called perfluorinated chemicals (PFCs). These chemicals were and are used to make household and commercial products that resist heat and chemical reactions, and repel oil, stains, grease, and water as well as other uses. PFOA gets into the environment from industrial facilities that make PFOA or use PFOA to make other products. It also enters the environment when released from PFOA-containing consumer and commercial products during their use and disposal. PFOA can remain in the environment, particularly in water, for many years and can move through soil and into groundwater, or be carried in air.

Human studies show associations between increased PFOA levels in blood and an increased risk of several health effects, including high cholesterol levels, high blood pressure, changes in thyroid hormone, ulcerative colitis (autoimmune disease), pre-eclampsia (a complication of pregnancy that includes high blood pressure), and kidney and testicular cancer. These injuries can arise months or years after exposure to PFOA. PFOA's extreme persistence in the environment and its toxicity, mobility and bioaccumulation potential, pose potential adverse effects to human health and the environment.

GenX, also known as Ammonium 2,3,3,3-tetrafluoro-2-(heptafluoropropoxy) propanoate, is the "new" PFOA, and is found in many barrier-creating consumer and industrial products, such as Teflon, stain-resistant carpet, and firefighting foam. Since it just entered widespread use in 2010, the substance is almost completely unregulated.

Like PFOA, GenX is a very stable chemical that almost never weakens, so it is a very sought-after chemical component in the products mentioned above. Unfortunately for victims, this same quality means that GenX runoff remains in water almost indefinitely.

Now, there is GenX contamination in Wilmington, and the aggressive attorneys at Napoli Shkolnik are determined to protect the health and safety of the people in the affected communities. We understand that there is no such thing as a "safe" PFOA, and we stand ready to fight for these victims in the same way we stood up for people in Flint, Long Island, and other places where chemical companies polluted the water supply to such an extent that it is now unsafe to use.

Exposure to PFOA and GenX have been linked to various diseases and cancers, including:

Napoli Shkolnik, a nationally recognized law firm, has been involved in landmark environmental cases redressing man-made disasters impacting communities large and small. Below are just a few of the many cases in which Napoli Shkolnik PLLC has represented individuals and water districts damaged by various types of contamination:

The attorneys at the firm were instrumental in representing various private and municipal water districts around the United States from Florida to Rhode Island in what was known as the In Re: MTBE (Methyl Tertiary Butyl Ether) Products Liability Litigation, MDL No. 1358 (S.D.N.Y.). MTBE is a gasoline additive that is highly soluble in water and does not readily biodegrade. As part of the Discovery Committee on MTBE, the lawyers at Napoli Shkolnik ultimately forced the polluters to pay hundreds of millions of dollars that were used by these municipalities to remediate the water supply and apply treatment to their wells. Napoli Shkolnik represented numerous municipalities and municipal water districts whose potable drinking water sources were endangered and contaminated by leaks of the petroleum additive.

Paul Napoli, as appointed Plaintiffs’ Liaison Counsel in In re: World Trade Center Disaster Site Litigation, 21-MC-100 (AKH) (S.D.N.Y.), negotiated a historic settlement of more than ten thousand workers’ claims against the City of New York, its contractors, and other defendants in the mass tort litigation where first responders, construction workers, and laborers became ill as a result of toxic exposures suffered during the debris removal and clean-up operations at the World Trade Center and related sites following the September 11, 2001 attacks.

Finally, Napoli Shkolnik represents thousands of children with elevated levels of lead in their blood as a result of drinking water contamination in Flint, Michigan. Napoli Shkolnik has raised several damages and causes of actions on behalf of their clients, and the firm’s continued efforts will seek to bring justice and impose liability on responsible parties to clean up water contamination and stop the harm their actions have caused.

Our firm has filed multiple individual lawsuits on behalf of residents across the country for personal injury and property damages who were exposed to PFOA and PFOS. The lawsuits seek recovery for injuries, damages and losses, including the establishment of a medical monitoring fund for future injuries, suffered as a result of exposure to the introduction of PFOA in the drinking water.

If you own property in an area that has been impacted by PFOA, PFOS, or GenX, or have been diagnosed with testicular cancer, kidney cancer, liver or thyroid disease, high cholesterol, or high blood pressure that may be the result of your exposure to these chemicals, you may be able to recover damages. Napoli Shkolnik PLLC is ready to help those who pursue personal injury and property claims related to PFOA contamination. Give Napoli Shkolnik a call today at (212) 397-1000 to discuss your legal options.